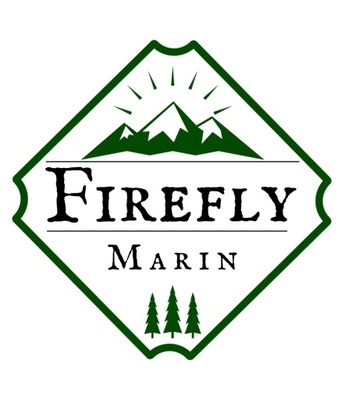 Must be 21 or Older to enter this site

“WARNING: Some of these products contain a chemical known to the State of California to cause cancer.”

At Firefly Marin our goal is to establish and provide the best customer service delivery with compassion and convenience.  Our mission is to provide a safe alternative, natural way of healing without using industrialized pharmaceuticals or trips to the pharmacy.

We at Firefly offer a full spectrem of cannabis and CBD products geared to address a wide range of injuries, illnesses, insomnia, chronic pain, nausea and PTSD.

Our team of experienced professionals will guide you through your options to make sure that you are informed and comfortable with your selections.

Our Promise to You

In order to provide our delivery clients with the highest level of care, our goal is to create an abundant top shelf menu of products that are 100% BCC compliant and lab tested at the highest level that will best suit all of your needs in the safest way possible.

“Cannabis is a natural alternative to pharmaceutical pills”

Patients who suffer from chronic pain caused by diabetes, cancer, MS, HIV, and other diseases have been turning to medical marijuana as a way to treat their pain without the use of addictive pharmaceutical medications.

The active component of the marijuana plant, cannabinoids, have shown to inhibit tumor growth and kill cancer cells in lab testings. We work with a number of patients who use cannabis to treat their cancer and suppress it's side effects. giving them a better quality of life.

There’s a study to support the use of cannabis to treat PTSD among returning US soldiers. The study is being led by Dr. Sue Sisley. It is part of the Multidisciplinary Association for Psychedelic Studies. The organization, called MAPS for short, is a research institute focused on exploring medicinal uses of cannabis and psychedelics.

Later that year, the Colorado Department of Public Health and Environment awarded a $2 million grant to complete the research.

Finally, in January 2017, research began at the Scottsdale Research Institute in Phoenix, Arizona. Now, a little over a year later, Sisley’s project is in its official Phase 2 clinical trial phase.

We at Firefly look forward to assisting our veterans upon there return and offer a 10% discount to all US veterans.

Thank you for your service.

Congratulations on winning Best of Weedmaps 2020!

Congratulations on winning Best of Weedmaps 2020!

Over the last several months your Weedmaps listing page, consumer engagement, and post-order service have been among the best in your area, and we want to reward you for that.

We humbly except the great honor of receiving Weedmaps coveted award of 2020 Best of Weedmaps   We will continue our commitment to excellent service as your trusted go to delivery service.

For faster checkout just email your state ID, medical recomendation and phone number before placing your order at info@fireflymarin.com

Go to fireflym.NuggMD.com from your device and get approved in 15min or less for only $39.00!!!

Then continue to place your order online through

https://weedmaps.com/deliveries/firefly-marin  or use the Order Online link below.

We look forward to hearing from you.

Thank you and have a great day.

Sign up to hear from us. Firefly Marin a medical delivery service in San Rafael

Thank you and have a wonderful day